So you have not received a spirit that makes you fearful slaves. Instead, you received God’s Spirit when he adopted you as his own children. Now we call him, “Abba, Father.”VERSE

If anybody understands God’s order for his children, it is someone who has rescued an orphan from despair, for that is what God has done for us.

God has adopted you. God sought you, found you, signed the papers and took you home.~ Max Lucado 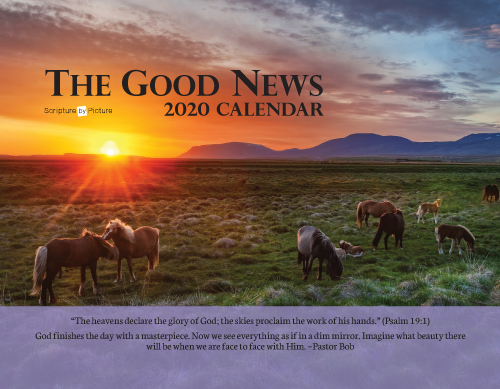 We trust that the “The Good News” messages of our 2020 calendar will resonate through your life and bring blessings to you and those around you throughout the year!